Tip of the Week: Should You Unplug Your Laptop While in Use? Businesses have been leaning more towards using laptops for their computing needs, thanks to the mobility that they offer while also offering comparable performance to modern desktops. There is an important question that you should be asking, though: can a laptop be left plugged in whenever it is left in one spot? Let’s find out for this week’s tip.

Recent events have made a device’s portability a major selling point, as it makes it easier for work to be done from home. However, rather than moving back and forth to the office, these laptops have effectively become ad-hoc desktops—never moving, and as a result, rarely being unplugged.

Is This Bad for the Battery?

The answer to this question depends quite a bit on how old the device you are using from home is. In the not-so-distant past, the batteries found in a mobile device were made up of much different compounds and materials. This left them vulnerable to overloading if left plugged in, damaging the battery and (among other impacts) reducing its lifespan. Today, the batteries that manufacturers use are made of a lithium-polymer or a lithium-ion. This means that, rather than overloading, any extra power can be diverted to the device directly, supplying power while the battery waits in reserve.

Of course, overcharging isn’t the only risk presented by leaving a device plugged in. As anyone who has used a laptop before will likely know, they can get extremely hot as they operate while connected to a power source. This prolonged exposure to heat can also cause some damages that could harm the battery over time and diminish its performance. A study by Battery University demonstrated that different temperatures could reduce the battery’s overall capacity when it is always plugged in. The cooler the temperature, the smaller the impact to the battery.

This tells us that, at least under the right conditions, leaving your laptop plugged in is okay to do… if you have the means to keep it cool.

For more advice and direct assistance with your business’ technology, the team at Advanced2000 is available. To learn more about what we can do, give us a call at (703) 370-7520.

Tags:
Best Practices Tip of the Week Mobile Device
Make IT Security a Priority for Your Business
Improve Your Email Management in Outlook 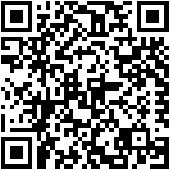