How the world ran out of a critical technology that powers our cars, phones, and more The significant semiconductor shortage of 2021 has most impacted automakers, which now rely on chips to build cars. But no company, large or small, is safe from the fallout.

There's a global shortage of semiconductors, and it's becoming increasingly severe. The U.S. is currently reviewing its supply of the technology, following a landmark executive order from President Joe Biden.

The president also pledged $37 billion to cover the short-term costs of rebuilding and securing America's supply of semiconductors, which are a fundamental part of microchips and integral to everything from computers to smartphones, renewable energy, and military hardware.

The automotive sector has been worst affected by the drought in an era where microchips now form most cars' backbone. Ford predicts a 20% slump in production, and Tesla shut down its Model 3 assembly line for two weeks. In the U.K., Honda was forced to shut its plant as well temporarily.

President Joe Biden signs an executive order on the economy. The order is intended to address a global shortage of semiconductors. Even highly experienced tech companies such as Nvidia and Microsoft are struggling to provide a steady stock of graphics cards and Xboxes, respectively. It appears that no company, big or small, tech or non-tech, is safe from the wide-ranging impact of the excellent semiconductor famine of 2021.

While it is easy to blame the pandemic for this situation, the truth is that the global semiconductor supply chain had this coming for some time. As much as 70% of the world's semiconductors are manufactured by just two companies, Taiwan Semiconductor (TSMC) and Samsung.

The entry barriers into semiconductor manufacturing are astronomically high. There's a steep learning curve required to set up a semiconductor foundry, entailing an upfront investment of $10 billion to $12 billion and then at least three years to become production-ready.

Even then, there are no guarantees that a new foundry's chip yields will match those of the incumbents. Chips rapidly become obsolete, and price pressures are a significant problem in the tech sector, so there are many risks to profitability.

Due to such harsh economics, it has only made sense for a handful of large players to invest in manufacturing capabilities and then spread those costs and risks across hundreds of thousands of customers. Global tech has historically been pleased to hand the manufacturing reins to TSMC and Samsung. And in turn, this has created the supply-chain equivalent of a house of cards.

The pandemic has driven unexpectedly high demand for home electronics such as laptops and gaming consoles, as many people started working from home and seeking more indoor entertainment sources.

Automotive companies had expected lower demand, given that car sales tend to move lower in an economic downturn. This, however, proved to be an erroneous assumption, as new car sales started bouncing back quickly by the tail end of 2020. Automotive companies tried to rebook previously canceled semiconductor orders to discover that home electronics manufacturers had taken their place.

At the same time, President Trump's trade war with China led to new rules that made it harder for Chinese companies to source semiconductors from TSMC and Samsung. With China's semiconductor technology inferior to the industry leaders, Chinese tech behemoths such as Huawei stockpiled semiconductor chips in advance of the new restrictions in 2020, soaking up any spare capacity with large orders.

All of this has been enough to cause TSMC and Samsung to run out of capacity and significantly increase lead times to fulfill orders, leading to the drought we see today.

The share prices of TSMC and Samsung have risen by 190% and 61% respectively in the past 12 months, thanks to the supply shortfall. Despite President Biden's best efforts, the situation is unlikely to improve in the next three years because of all the entry barriers in this sector.

Prices of consumer electronics have shot up, thanks to scalpers who routinely buy graphics cards and consoles at recommended retail prices and sell them for higher prices on eBay sites.

It is only a matter of time before tech manufacturers and retailers decide to increase prices to match the components' high demand and low supply. Expect to see releases of more expensive variants of existing electronic products hitting the market soon.

Just like in an actual famine, the end consumers of these goods are going to be significantly worse off, with little or no respite coming their way

How Current Events Should Impact Your Business’ Te...

More posts from author
Friday, 17 July 2020 How Current Events Should Impact Your Business’ Technology Strategy
Wednesday, 15 July 2020 Tip of the Week: Adding Google Drive Files to Your Bookmarks
Monday, 13 July 2020 Are Professional Habits Changing During the New Normal?
Comment for this post has been locked by admin. 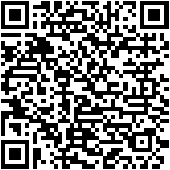