Macs Are Not Immune to Cybersecurity Threats It’s a common myth that Apple computers don’t get viruses. It’s not uncommon for a Mac user to chime in and say, “you should have gotten a Mac,” when a PC user mentions getting a virus or malware.

Let’s unpack this myth, and talk a little about how, no matter what technology you have, you need to protect it.

Do Macs Get Viruses?

In short, the answer is yes, absolutely. Apple computers can get infected with malware like viruses and ransomware. Macs can also suffer from other typical PC problems, such as hardware failure, data loss, slowing down over time, crashes, and more.

So where did this misinformation come from? Why do so many casual users tend to think that Macs don’t suffer from the same issues as the Windows PC?

Once place to start is Apple’s own (brilliant) advertising. You have to admit, Apple has had some very memorable advertisements over the years. In fact, one of my favorite ad campaigns may be one of the reasons that so many people think that Macs are immune to viruses.

Check out the Mac. Vs PC commercial here.

These ads are cute and charming and feel honest enough to be true.

To Apple’s credit, no lies are being told in the ad. Swarms of new viruses are created for Windows PCs every year, and many of these viruses can’t infect Mac computers. Macs still get viruses, but there are definitely more variants out there for PC. Why is this?

In 2018, it was estimated that for every 10 active PCs on the Internet, there was only one Mac. If roughly 90% of the world runs on Microsoft Windows, it makes much more sense for hackers to develop viruses that would affect this broader target.

That isn’t to say that there is anything wrong with a Mac. Apple makes incredibly solid laptops, and extremely capable desktops. The problem lies with third-party developers. For many businesses, certain core applications don’t have Mac versions. On top of that, when compared to the PC market, Apple doesn’t have a low-end tier for hardware. Your billing department doesn’t need the same computer that your video editor would use, and there isn’t a reason to spend that kind of money on a high-end Mac when a mid-range PC will handle the workload just fine. There really isn’t anything that you can do on a $2000 MacBook that you can’t do on a $2000 Windows laptop - at that point it’s just about preference and what works for your business. On the flipside, there are some limitations to what you can do on that Mac; when it comes to easily connecting and using a business network that’s designed for PCs, and when it comes to the software mentioned above.

So, Mac Owners Do Need to Worry About Viruses?

Yes sir. Although historically, there haven’t been as many viruses targeting Macs over the years, and it’s always felt like Macs might have a slightly lower risk, that has been changing. According to a recent report by Malwarebytes, the amount of malware on Macs is actually outpacing PCs for the first time ever. It sounds like hackers are relying on the complacency of Mac users.

Malwarebytes goes on to report that there was a 400 percent increase in threats on Mac devices between 2018 and 2019.

Mac users need to worry about the same threats, and practice the same security hygiene as any other computer user. Whether you have a Mac or PC, you need proper antivirus software, strong passwords, and common sense.

For your business, of course, you also need to protect all the endpoints on your network, prevent phishing attacks, and educate your end users. Advanced2000 can help with this. Reach out to us by calling (703) 370-7520 and ask how we can help secure your network.

Tags:
Security Malware Network Security
Tip of the Week: How to Create a Thread on Twitter
Not All Cybersecurity Efforts Work to Keep You Sec... 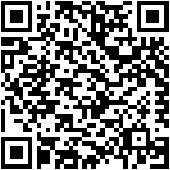